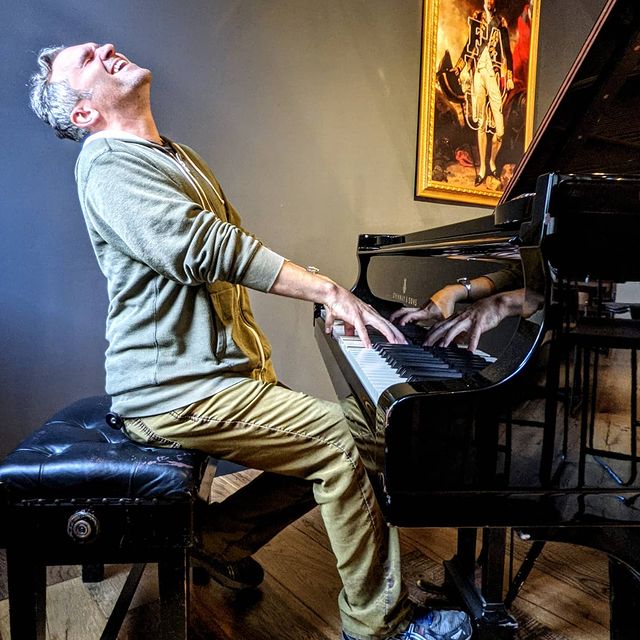 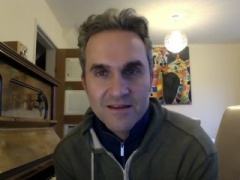 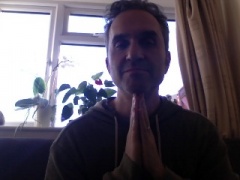 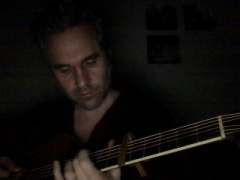 Seattle, WA
United Kingdom
Genres
StreetJelly Stats
Member since:
Last show:
Number of shows: 418
Total viewers: 4,865
Fan favorites: 109
Remove Ads
More About maestro
Hello, all! My name is Aaron and I perform, teach, direct, and compose music. I have no "day job." This is it. Music is what I do. I am very fortunate.

I am vegan and I believe 100% that veganism has the power to save the planet. Here's one of dozens of links to get you thinking:

I also strongly recommend this documentary. It's free to watch and totally inspiring!

Lately my main compositional efforts have been to the vegan cause (I direct a vegan choir!) and also to flushing out musicals (vegan and non-vegan themes).

My main performance gig is for senior citizens at retirement communities, and you'll hear this in my repertoire, but I love all kinds of music (death metal in very small doses, please).

I also love nature and believe that regularly connecting with natural beauty is a necessity.

This isn't exactly a wild moment, or during a performance for that matter, but it's a great story. I'd been busking all summer in a neighborhood called Ballard in Seattle. On a day that I wasn't busking, I was riding my bike when I guy waved me down calling, "Musician! Musician!" He explained that he had enjoyed hearing me perform in Marvin Gardens on old Ballard Avenue the other day and proceeded to commission me for an original song to use in a documentary he had shot about a local woman. It was great to get the work, but as I left the meeting, the elation I was feeling was from having been summoned by my true title. I don't have a huge ego about it - quite the contrary, actually - but I know what I am, and it was great to be recognized by another. The song is called "Edith" (Macefield), a woman who lived and died in Ballard with an heroic story that also inspired part of Pixar's brilliant movie "Up". I've got a guitar version and a piano version. You can have your pick!

I don't get embarrassed. Absolutely everything I do is super cool. :P

My most favorite instrument was probably the blonde spinette I bought from my community college piano teacher. I dunno. Something about the tone, the feel of the keys, the action, and of course, the beautiful sounds I would make it make. I wrote "I Never Change" on that beautiful machine and practiced my favorite Chopin nocturne over and over with her. I'll never forget when the shrooms kicked in while practicing "The Time Warp" from Rocky Horror. The black and white of the page kept bleeding together with the black and white of the keyboard and it was all very amusing. I was a crazy kid.

Part Two: I DO have a name for my acoustic guitar. Her name is Timbre (pronounced "TAM-burr," kinda sounds like Amber, a female given name). I named her because it seemed clever: the multi-entendre elements of "Timbre" looking like "Timber" and her being made of wood (duh), the fact that it rhymes with Amber, and timbre being a musical term. My current piano's name is Penelope.

DJ Pin
3 Awards
“Thanks for playing my song.”
Last Awarded: